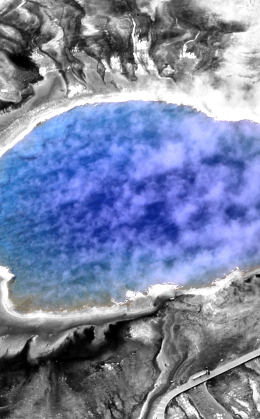 Genetic researchers have caused a bacterium to evolve a resistance to radiation damage, highlighting the mechanisms that make it possible.

The research is among the first of its kind, but may one day lead to extraordinarily useful applications.

The recent study capitalised on the ability of some bacteria to quickly evolve in response to shifting or hostile environments.

Scientists in the US coaxed the model bacterium Escherichia-coli to dramatically resist ionising radiation, and saw that it takes relatively few changes on the molecular level to create resistance to dosages that would normally spell destruction.

The findings could lead to a better understanding of the ways organisms can resist radiation damage to cells, and repair their own damaged DNA.

“What our work shows is that the repair systems can adapt and those adaptations contribute a lot to radiation resistance,” says biochemical researcher Dr Michael Cox.

Dr Cox led the team behind a study now published in the journal eLife.

It was based on previous findings that E.coli were able to develop a resistance to the highly radioactive isotope cobalt-60, but the latest study sought to find out how far the effect could be taken.

“We blasted the cultures until 99 per cent of the bacteria were dead. Then we'd grow up the survivors and blast them again. We did that twenty times,” Dr Cox said.

The result was E. coli capable of enduring up to four orders of magnitude more ionizing radiation.

The evolved form put E. Coli close to the resistance level of Deinococcus radiodurans; a desert-dwelling bacterium found in the nineteen-fifties to be extremely resistant to radiation. It is capable of surviving more than one thousand times the radiation dose that would kill a human.

“When conditions are right, it can repair damage very quickly and start growing again.”

Understanding the molecular machinery that allows such a resistance to develop is important, as the same functions should be possible in humans and other organisms, where the ability to repair DNA and protect cells in microbes also exists.

Although finding real-world applications for the new finding is still far in the future, the results could ultimately help create designer microbes to clean radioactive waste sites, or even probiotic compounds that could help patients undergoing radiation therapy.

More information is accessible in the full eLife report.