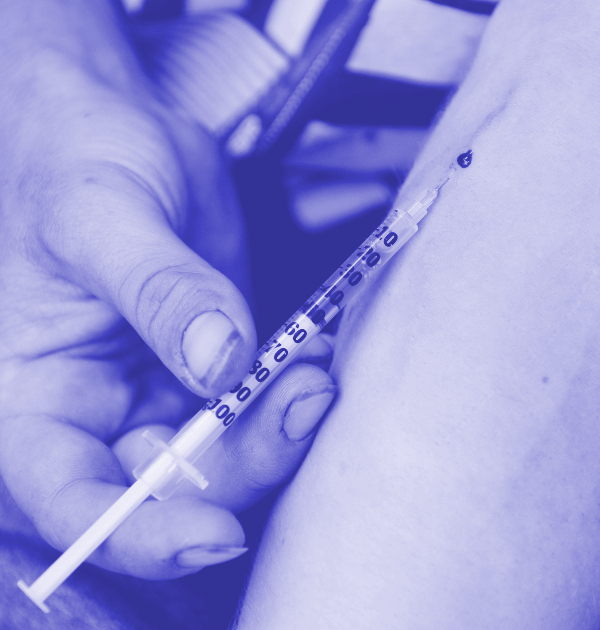 Australia is on track to eliminate hepatitis C by 2030.

The World Health Organization (WHO) has an ambitious target for hepatitis C virus elimination by 2030.

Over the last few years, it has called for measures to improve ‘primary prevention’, using safe injections in healthcare settings and for people who inject drugs, for example.

Of an estimated 188,000 people in Australia with chronic hepatitis C, around 85,000 had been treated with direct-acting antiviral therapy by the end of 2019.

The success of direct-acting antiviral therapy has seen a 30 per cent reduction in deaths from liver problems related to hepatitis C since 2015 and a plateauing of hepatitis C-related hepatocellular carcinoma cases.

There is also evidence of a declining incidence of hepatitis C among high-risk populations, including downward trends in new infections in younger age groups.

“Australia is an international leader in its shift to managing hepatitis C in primary care and drug and alcohol services, with most people now prescribed therapy by non-specialists,” according to a new article by Dr Gregory Dore, head of the Viral Hepatitis Clinical Research Program at UNSW Sydney.

He says there are four major strategies needed in Australia to achieve hepatitis C virus elimination.

“First, treatment assessment and delivery should continue to be simplified,” Dr Dore says.

He calls for the adoption of finger-prick-based rapid point-of-care hepatitis C RNA testing (which can provide a result within 1 hour) or dried blood spot sample (sent to a laboratory) to confirm active infection, particularly in patients with difficult venous access.

Second, Dr Dore says monetary incentives for both practitioners to prescribe and patients to start therapy should be considered.

As a third measure, hepatitis C virus screening (and potential treatment) should be integrated into settings with high-risk populations, including prison entry, on admission to hospital for drug injecting-related conditions, and within drug and alcohol and mental health services.

Finally, Dr Dore says primary prevention needs to be maintained and in some areas strengthened.

“For example, high rates of reinfection post treatment in prisons clearly indicates the need for more harm reduction, including expanded opioid agonist therapy and consideration of prison-based needle and syringe programs,” he said.

“Australia has clearly laid the foundations to meet the WHO elimination targets by 2030. Although COVID-19 has been a setback in many other areas of public health, we will get to the ‘other side’ hopefully in 2021, and can re-engage our efforts to strive for hepatitis C elimination.”