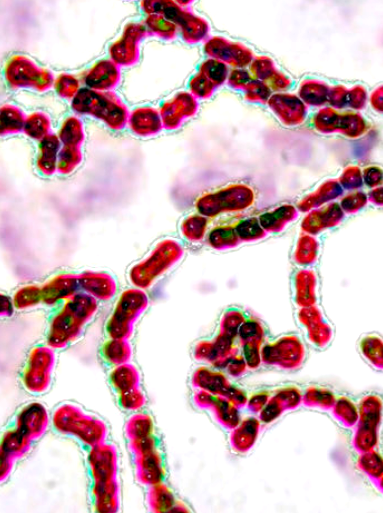 Light-activated nanotech has been used to eradicate some of the most notorious and potentially deadly bacteria in the world.

Researchers at the University of South Australia have demonstrated new light therapy that can eliminate antibiotic-resistant superbugs golden staph and pseudomonas aeruginosa by 500,000-fold and 100,000-fold respectively.

Golden staph (staphylococcus aureus) and pseudomonas aeruginosa are among the most deadly superbugs in the world. Globally, about 1.27 million people die as a result of antibiotic-resistant bacteria.

Researcher Dr Muhammed Awad says the new light therapy will be a game-changer for millions of people worldwide.

“Golden staph and pseudomonas aeruginosa are both highly transmissible bacteria, commonly found on people’s skin. But if they get into the blood, they can lead to sepsis or even death,” Dr Awad says.

“Patients in hospitals - particularly those with wounds or catheters, or those on ventilators – have a higher risk of getting these bacteria, and while antibiotics may help, their extensive use has led to waves of microbial resistance, often making them ineffective.

Senior researcher Professor Clive Prestidge says that the technology has some key advantages over conventional antibiotics and other light therapies.

“The new therapy is created in an oil that is painted on a wound as a lotion. When laser light is applied to the lotion, it creates reactive oxygen species which act as an alternative to conventional antibiotics,” Prof Prestidge says.

“Current photoactive compounds also suffer from poor water-solubility which mean that they have limited clinical application.

“Our approach uses food grade lipids to construct nanocarriers for the photoactive compound which improves its solubility and antibacterial efficiency far beyond that of an unformulated compound.

“These molecules target multiple bacterial cells at once, preventing bacteria from adapting and becoming resistant. So, it’s a far more effective and robust treatment.

The consequences of not managing superbugs are high. Already, antibiotic resistant microbes cost millions of lives and trillions of dollars to the global economy each year.

“This technology is very promising and is gaining the attention of scientists worldwide,” Prof Prestidge says.

“The next step is to commence clinical trials and develop this technology further to be available in clinics. With the support of funding bodies, we hope that Australians will have access to this technology as soon as possible.”