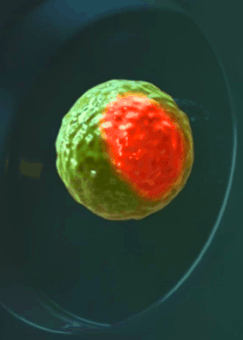 New research brings the scientific world closer to making stem cells from a patient’s adult cells, rather than human embryos.

Biomedical engineers and medical researchers at UNSW Sydney have independently made discoveries about embryonic blood stem cell creation that could one day eliminate the need for blood stem cell  donors.

The achievements are part of a move in regenerative medicine towards the use of ‘induced pluripotent stem cells’ to treat disease, where stem cells are reverse engineered from adult tissue cells rather than using live human or animal embryos.

Researchers have known about induced pluripotent stem cells since 2006, but scientists still have plenty to learn about how cell differentiation in the human body can be mimicked artificially and safely in the lab for the purposes of delivering targeted medical treatment.

Two studies have emerged from UNSW researchers in this area that shine new light on not only how the precursors to blood stem cells occur in animals and humans, but how they may be induced artificially.

In a study published today in Cell Reports, researchers from UNSW School of Biomedical Engineering demonstrated how a simulation of an embryo’s beating heart using a microfluidic device in the lab led to the development of human blood stem cell ‘precursors’, which are stem cells on the verge of becoming blood stem cells.

And in an article published in Nature Cell Biology recently, researchers from UNSW Medicine & Health revealed the identity of cells in mice embryos responsible for blood stem cell creation.

Both studies are significant steps towards an understanding of how, when, where and which cells are involved in the creation of blood stem cells.

In the future, this knowledge could be used to help cancer patients, among others, who have undergone high doses of radio- and chemotherapy, to replenish their depleted blood stem cells.