Jabs open to all over-50s

T-cells aimed at most tumours 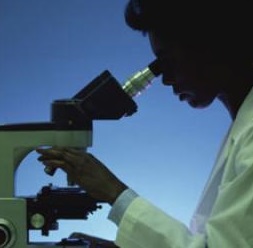 The number of female authors in Australian medical journals is on the rise.

First authorship on publications is generally granted to the author performing the largest portion of the study, often done by more junior researchers, and last authorship is given to directing senior authors.

The findings are significant, particularly in light of the recent findings on gender discrepancies in medical leadership.

Examining Australian patterns of authorship may also help identify barriers to the academic advancement of women in medicine.

Academic research is important for obtaining tenure and promotion in medicine. In 2015, 41 per cent of Australian medical specialists were female, but women only represented 28 per cent of doctors in senior or leadership positions.

“The underrepresentation of women in academic research may explain part of the discrepancy between women and men in medical leadership roles,” says Dr Hannah Ryan from UNSW Medicine, a junior doctor at St Vincent’s Hospital Sydney and an author on the study.

“What is interesting is that this increased female representation may account for greater female authorship at junior levels but it has not resulted in a greater proportion of females in senior authorship positions.

“The under-representation of females in academia may be both a cause and an effect of their reduced progression to senior clinical and academic roles.

“Our results show promising increases in female academic representation and opens questions into the reasons for the inertia in senior authorship,” said Dr Ryan.