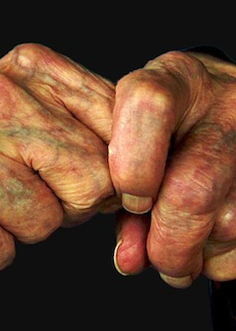 There is “much to look forward to” for patients with rheumatoid arthritis, according to Australian experts.

Rheumatoid arthritis (RA) is a common inflammatory arthritis affecting 2 per cent of the Australian population (self-reported).

The cause of RA remains unknown, but genes have been implicated, allowing some level of prediction of a person’s response to treatment.

But those treatments cost the Australian health care system approximately $600 million a year.

“There are now eight approved biological disease-modifying antirheumatic drugs (bDMARDs), two biosimilars and one targeted synthetic DMARD in Australia with a number of new products and biosimilars in the pipeline,” say researchers led by Professor Graeme Jones from the Menzies Institute for Medical Research.

“There is still an unmet need in RA, with most patients achieving at least a major clinical improvement, but with many still not achieving remission status,” they wrote.

“A number of novel agents are in development, including Australian discoveries such as mavrilimumab (a granulocyte-macrophage colony-stimulating factor antagonist) and novel ways of preventing RA using a vaccine-like approach, which induces dendritic cell tolerance in patients who are CCP positive.

“Thus, there is much to look forward to for patients with RA.”

The experts say there is evidence of a “window of opportunity” early in the progress of the disease that can be crucial to prognosis.

“There is now evidence for a window of opportunity in the first 6 months of the disease, where therapies are more effective and have a long term effect on the disease, regardless of subsequent therapy,” they write.

“This means that RA should be diagnosed and treated with DMARD therapy as quickly as possible to maximise this benefit. Indeed, most rheumatologists in Australia have triage systems in place to see patients with RA quickly.”

Other RA concerns discussed in a new review include toxicity concerns, the use of biosimilars versus bio-originators, switching and tapering.

The paper is accessible in the Medical Journal of Australia.