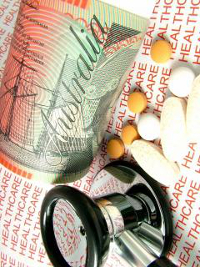 The future of the National Disability Insurance Scheme (NDIS) is unclear once more, with a report into the agency set up to run it saying the scheme is woefully ill-prepared.

A review of the National Disability Insurance Agency (NDIA) has likened the scheme to “a plane that took off before it had been fully built and is being completed while it is in the air”.

But supporters say the plan is too important to give up on so early, and that the future for generations of Australians should not be sold short for brief political or economic gains.

Assistant Minister for Social Services Mitch Fifield, the person now in charge of the NDIS, says he has his work cut out.

“The review makes clear that the agency's foundations need significant work in order to deliver and sustain the full NDIS,” Mr Fifield told the Senate on Friday.

“The agency has developed an action plan and will provide further advice as to whether the current implementation timetable is consistent with a successful full scheme rollout.”

In its full form, the NDIS is designed to help the individual needs of over 400,000 Australian with significant disabilities, costing $8 billion a year from the Commonwealth and an increased Medicare levy. It is currently being trilled in Tasmania, South Australia, Victoria's Barwon region and the Hunter Valley in New South Wales.

The latest review of progress so far found “a large number of significant problems” with the NDIA, including “weaker” abilities and “less developed” processes stemming from a a decision by the previous government to speed up the roll-out by 12 months.

“There is also a lack of clear guidance for staff on the way the scheme operates, including eligibility and reasonable and necessary support,” the report said.

“Insufficient effort was devoted to preparation for the next phases of the rollout... as a result there are some challenges emerging,” it says, adding “the biggest challenge of all is over the horizon”.

“There are also major pieces of work to be done on service provider development, workforce availability, housing, mental health, market regulation and design.”

Delays have been compounded by a decision to move the central NDIS office from Canberra to Geelong, as thousands of jobs are cut from the Victorian city. The report found that most staff are temporary hires or planning to leave, causing another drop in progress while the transition occurs.

Senator Fifield says the scheme is already over budget, and he is worried more administration and overheads will leave it further in the hole.

National Disability Services (NDS) says the review and the new minister in charge should not simply give up and roll-back the plan.

“We've exerted a lot of effort and ingenuity to get this far so quickly - it's too early to decide that the road ahead is too steep.”

Disability advocate John Della Bosca from Every Australian Counts says if the report found that the scheme was going slowly, then further delaying it would not be productive.

“Australians have overwhelmingly supported it and people have waited already two generations for a fair disability support scheme - they're not really going to be expected to wait longer and I don't think anyone will accept that as fair,” he told the ABC.

‘It's not about the scheme or the scheme's quality or the scheme's costs. The scheme itself is a scheme supported widely by all Australians... it's about time it happened, it's very important that the Government supports the authority to make what ever changes it needs to put in place the right procedures to implement the scheme.”

“I think everybody would be entitled to ask how long do Australians with a disability have to wait for a decent scheme?”