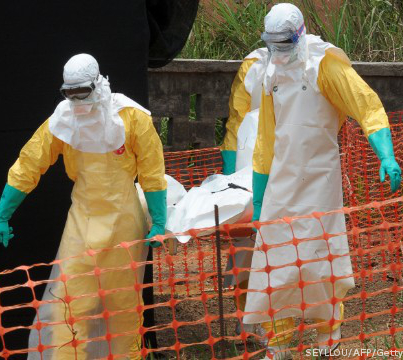 Three-hundred-and-thirty-seven people have died as the ebola outbreak in West Africa continues to worsen.

The World Health Organization says there has been a rise of more than 60 per cent in the death toll over the last two weeks.

Most of the deaths continue to occur in Guinea, but authorities say a secondary outbreak in nearby Sierra Leone is now taking hold, and dozens of people have died in remote villages where there is little healthcare of any kind.

Part of ebola’s deadliness comes from its deceptive onset. Many dismiss the flu-like symptoms in ebola’s early stages, but by the time the weakness, rashes, vomiting and diarrhoea begin it may be too late, as internal and external haemorrhaging follow soon after.

Lack of understanding and the importance of very close and physical funeral services have both contributed to the spread, as family members often spend extended periods in the presence of a potentially contagious body.

Drastic measures are being taken in Guinea and Sierra Leone to stop the spread of the virus, and authorities say it may not be too late to prevent the outbreaks becoming an issue across the continent.

Health checkpoints are being rolled-out across the nations, and any fatal victims are being buried under strict supervision of health authorities.

Cinemas and nightclubs have been closed and schools have been cancelled after a nine-year-old student became a patient.

A major social, medical and educational campaign is beginning in the hope of stopping the spread, while international authorities are flocking to West Africa to lend a helping hand.