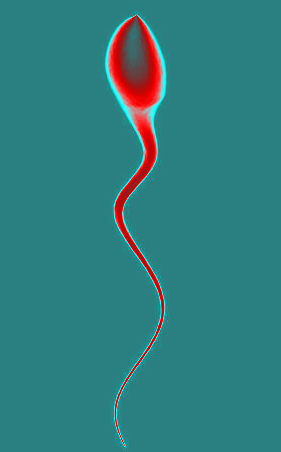 The social conditions that a male grows up in could influence the amount of X and Y chromosome sperm that he produces as an adult, research suggests.

Although in mammals it is X or Y chromosome sperm that produces a boy or a girl, males have traditionally been ignored as active players when it comes to the sex of their offspring because fertilisation occurs within the female.

“We knew from our previous research on mice that male exposure to different social conditions during development leads to changes in fertility,” says Dr Renée Firman from UWA’s School of Biological Sciences.

“We experimentally controlled the exposure that males had to other individuals during development. In one environment we exposed males to other males to create the perception that there was strong male competition for a female mate.

“In a second environment, males were exposed only to females, so male competition was negligible. We found that males that had grown up in a competitive social environment produced more sperm and better quality sperm.”

During the study, Dr Firman and her team performed a similar experiment with mice, but used a specialised genetic technique to measure the proportion of X and Y chromosome sperm, the so-called ‘sperm sex ratio’, that males produce.

It is the first study to demonstrate that the sperm sex ratio was sensitive to a father’s social environment.

Dr Firman said the findings had important implications for disciplines invested in selecting offspring gender, including human research into the avoidance of sex-related genetic disorders, wildlife conservation and livestock industries.