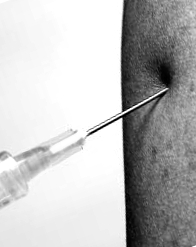 The Australian Pharmacy Council (APC) is preparing to introduce its first generation of ‘Advanced Practice Pharmacists’.

A pilot program has been launched that will see pharmacists obtain the new credential, which enables thme to perform extra functions within the pharmacy.

The Advanced Practice Pharmacist role has been developed by 10 major pharmacy bodies, with credentials administered by the Australian Pharmacy Council (APC).

It is a level that has been under development since a 2010 national review of pharmacists’ competency standards.

The advanced credentials are meant to assure the public that if their pharmacist offers services not normally be expected by a pharmacist, they have some level of professional approval.

It comes as an increasing array of services move into the pharmacists’ realm, including anticoagulant monitoring, dose adjustment and performing vaccinations.

Candidates have already been found for the first round of the pilot program.

Eligible pharmacists will prepare a portfolio before being interviewed and assessed by the APC.

The Royal Australian College of General Practitioners (RACGP) is against the perceived expansion of pharmacists’ into practices normally reserved for GPs.

“There is so much homeopathic, alternative medicine and non-evidence-based junk peddled in pharmacy,” Dr Evan Ackermann, head of the RACGP’s quality care committee, has told industry media.