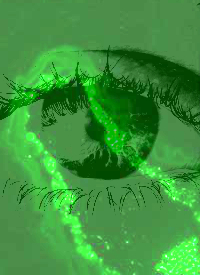 Two engineers will embark on major research projects for cancer drug delivery and nano-sensors, thanks to funding from the Australian Research Council.

RMIT’s Professor Leslie Yeo was given a $1 million Fellowship for a research project to create portable devices for cancer screening and therapy. The professor will look at ways to use the current generation of microRNA detection and delivery methods in a smaller and cheaper way.

“The technology is two-fold - it can firstly be used to detect and then to treat lung cancer,” he said.

“The first part aims to shrink the whole laboratory onto a credit card sized device, from which we can take tiny amounts of blood and rapidly detect microRNA biomarkers for early-stage cancer screening.

“The same technology can be used to aerosolise next-generation gene-based drugs so that they can be inhaled in a manner similar to how asthma drugs are delivered using an off-the-shelf inhaler.”

The project hopes to meet the growing need for cheap and easy medical tests, which are becoming more necessary as hospitals are increasingly overloaded and underfunded.

From the same university, Dr Xiaodong Huang has been given a Future Fellowship worth $655,000 in funding.

Dr Huang will use the funds for research into dielectric and metallic nano-photonic structures.

Nano-photonic structures are hugely important to a variety of applications and devices such as sensors, biomedicine, imaging and information technology.

Dr Huang expects to develop a new method and design tool for scientists and engineers to create novel nano-photonic structures, which in turn can be used to improve capabilities in devices such as waveguides, sensors, optical computer chips and superlenses.

The Fellowships are part of a large scale research funding program, which has supported over two hundred projects this year alone.