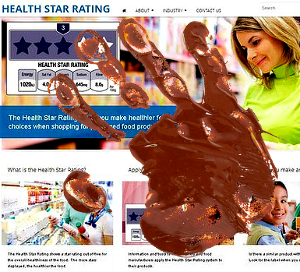 Documents to clear conflict of interest claims against a junk food lobbyist in the Health Department “do not exist”.

But freedom-of-information requests have been rejected because the documents “cannot be found, do not exist or have not been received”.

A number of journalists from various news outlets have tried to obtain the evidence Senator Nash says would clear her colleague’s name, but they have met similarly mysterious outcomes.

The issue stems from the ‘accidental’ publishing of a website which would have allowed companies to sign up for a new healthy food star-rating system. The site was taken down after less than a day online, at the insistence of Mr Furnival.

As could be expected, the ‘draft’ edition of the site ranked most confectionary, chips and other junk food near the bottom of its list for nutritional value.

The star-rating system grouped types of foods, including drinks or spreads, with star-ratings for their comparative nutritional content. It has used contributions from health and consumer groups to form the rankings as part of a broader food health information label reform program.

Mr Furnival co-owned and co-directed Strategic Issues Management, which itself owns another lobby with junk food and soft drink companies as clients, but this was not mentioned at early meetings during which conflict of interest statements are requested.

The ministerial code of ethics states ministers and their staff must declare personal interests, give up directorships of private companies and shares.

“The Senate has already censured Senator Nash over this matter, and Labor has called on the Prime Minister to sack her,” Labor health spokeswoman Catherine King told Fairfax Media.

“Every additional piece of information only confirms this is the action the Prime Minister should take.”