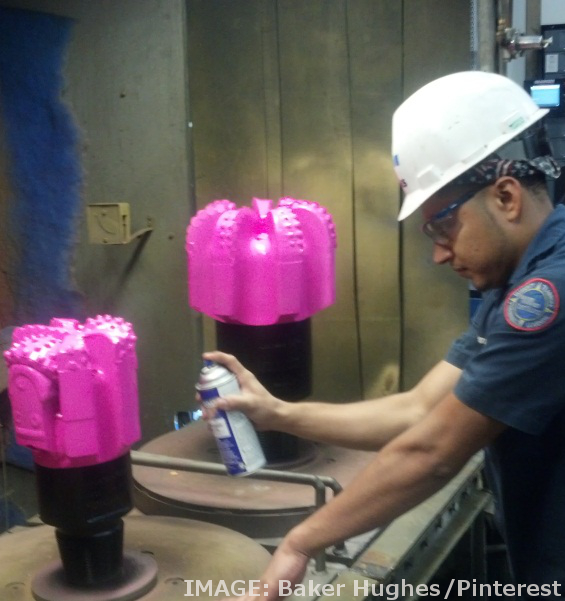 One of the world’s leading mining equipment companies is painting its drill bits pink to aid breast cancer research.

US-based Baker Hughes says it wants to raise money and awareness by distributing a total of 1000 pink drill bits worldwide.

The company has started what it hopes will be a flood of industry donations, putting up $100,000 to support the Susan G Komen breast cancer organisation.

Baker Hughes’ “Doing Our Bit for The Cure”, campaign hopes help to urge men to talk more openly about the disease amongst themselves and to their loved-ones.

“Our hope is from the water cooler to the rig site to the coffee shop to everywhere, someone gets this information to their spouses, their girlfriends, their daughters so we can create awareness and end this disease forever,” Bill Debo, director of operations for U.S. land drill bits at Baker Hughes, told US media outlets.

But the partnership between the Susan G Komen foundation and the oilfield services firm has been slammed by environmentalists in the US.

Reports in the Houston Chronicle say commentors on social media are outraged that a company connected to an industry they oppose is donating to a cause they support.

The opponents allege that one study has linked CSG ‘fracking’ chemicals with an increased risk of breast cancer.

They say that because some Baker Hughes products might have drilled that holes that other companies use to inject fluids that might be linked to breast cancer, the company should not be allowed to help.

Activist group Credo has gathered 15,145 out of its goal of 25,000 signatures for a petition calling on the breast cancer foundation to cut ties with Baker Hughes.

A spokesperson for Susan G Komen told reporters that Baker Hughes made “a flat donation to Komen, not tied to sales of the pink drill bits or any other product. We appreciate the efforts of Baker Hughes employees to show support for women and men facing breast cancer”.