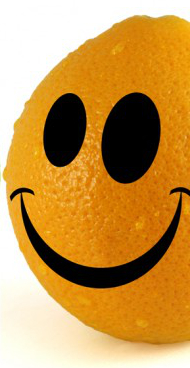 The perceived healthiness of orange juice is on trial.

The Australia and New Zealand Ministerial Forum on Food Regulation will soon meet to decide whether the health star rating of orange juice should drop to 2.5 out of five.

This rating would put it on par with or below many soft drinks on the nutritional scale.

The algorithm behind the star-rating system is being tweaked to place greater emphasis on sugar content, which is naturally high in most fruits.

The Dietitians Association of Australia says “fruit juice can be nutritious, but most types naturally contain a similar amount of sugar and kilojoules to soft drinks”.

The group recommends limiting juice consumption to 125-millilitre servings on an occasional basis.

But Citrus Australia is outraged, saying farm-grown produce should not be given such a low status.

“We're asking the forum to consider the juice, which is a natural product, to receive an automatic four stars … based on the other nutritional benefits,” Citrus Australia chief executive Nathan Hancock has told reporters.

“The algorithm really doesn't take into consideration the natural source of the product and also the nutrients and micronutrients that are in juice.

“We're going to be in a situation where an algorithm, which is targeting sugar … does not take into consideration the other nutrients that are in juice.

“The fact is that the sugar in juice is naturally occurring and that it's a complex of sugars.

“It's not just sucrose, which is the main concern, and completely ignores the other health benefits of juice.

“The Government has the governability to award a rating based on their own recommendations, and previously juice did receive that five-star rating.

“For people who read these labels and take this advice, it's going to be confusing messaging to say; ‘On one hand eat more fruit and vegetables, but juice has a low star rating’.”

Agriculture Minister David Littleproud says the health star decision made by the majority of states does not make sense.

“It is simply ludicrous for the majority of states to support the classification of fizzy drinks, like diet colas, as healthier than a glass of pure fruit or vegetable juice.

“Ultimately there also needs to be some personal responsibility of consumers about the quantities of any food group they put down their throats.”

Mr Littleproud says he has sent letters to state ministers expressing his concerns ahead of the Food Minister's Forum meeting.