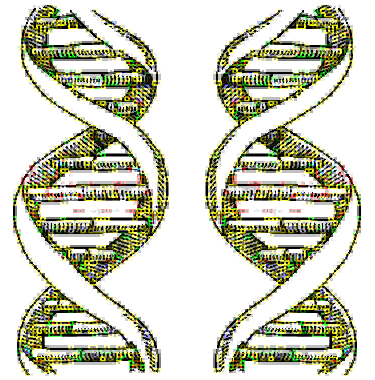 A study covering over 3000 people has shown how effective whole DNA testing can be for finding diseases.

About a quarter of 3,386 patients who submitted their DNA for clinical whole exome testing received a diagnosis related to a known genetic disease, often ending a long search for answers for them and their parents, researchers from the US report.

The study conducted at a sequencing lab at the University of Texas found a molecular diagnosis (meaning a genetic mutation or variation linked to a disease) in 25 per cent of a large group of cases.

“The findings in this report, I believe, will forever change the future practice of paediatrics and medicine as a whole,” said Dr James Lupski, a professor of molecular and human genetics and co-author of the report published in the Journal of the American Medical Association.

“It is just a matter of time before genomics moves up on the physician's list of things to do and is ordered before formulating a differential diagnosis.

“It will be the new 'family history' that, better yet, gets you both the important variants inherited from each parent and the new mutations that contribute to disease susceptibility.”

The study saw research sequence the DNA of the 3,386 patients using new technologies referred to as the ‘next generation’ of sequencing. These results were compared to the normal reference information.

Any disease-associated mutations were then also compared with the parent's DNA to determine if the child inherited it from one or both parents to better understand the cause of the disease.

In this study, the whole exome sequencing also identified ways in which physicians could intervene clinically to ameliorate or eliminate negative symptoms and to give families more information about the possible disease course.

As well as confirming the 25 percent diagnostic rate in a much larger group of patients, the study showed that rare genetic events contribute in a very big way to disease susceptibility, researchers said.

“This is in sharp contrast to the thinking of population geneticists who investigate (by genome wide association studies) how common variants contribute to disease susceptibility.

“We find ‘rare variants’ in aggregate actually contribute to disease susceptibility in a big way. The individual diseases may be rare, but there are thousands of such diseases and many more being defined through genomics,” said Lupski.

“For the 25 percent of cases that received a molecular diagnosis, this information ended the diagnostic odyssey, provided more informed medical management and allowed for precise determination of reproductive risks, but in relatively few cases, resulted in specific treatment to reverse the condition,” the authors wrote.

In the 2,000 cases, incidental findings of medically actionable results that could result in early diagnosis, screening or treatment were found in 92 patients. Three patients had more than one finding.