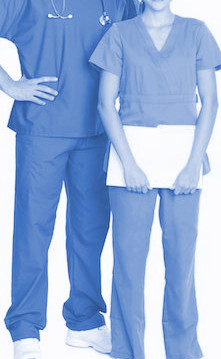 The Industrial Relations Commission has moved to suspend the WA nurses’ union’s registration after thousands of members went on strike.

Senior Commissioner Rachel Cosentino has summonsed  Australian Nursing Federation WA secretary Janet Reah and legal services director Belinda Burke to a meeting to show cause as to why the union should keep its registration.

Commissioner Cosentino said the union “[failed] to adhere to commitments it made during compulsory conferences”, and contravened the commission’s orders while also making public statements about the orders.

The ANF’s registration could be “inconsistent with the objects of the Industrial Relations Act”, Commissioner Cosentino said.

Ms Reah said staff at the ANF were “very worried and frightened” by the move.

“I think our members will feel the same way,” she told reporters.

“This government, if they want to provoke a violent reaction from the members, they’re going the right way around it. I don’t know where to from here.”

Thousands of ANF members went on strike across WA last Friday, with some gathering at Parliament House before marching to the health minister’s office at nearby Dumas House.

It is part of a long-running dispute with the government over pay and conditions, with the government refusing to budge from an offer of a yearly 3 per cent rise, a $1,200 mentoring allowance for some nurses, and a one-off $3,000 cost-of-living payment.

The IRC ruled Friday’s strike unlawful and demanded Ms Reah front the commission on the morning of the rally, but she ignored the order.