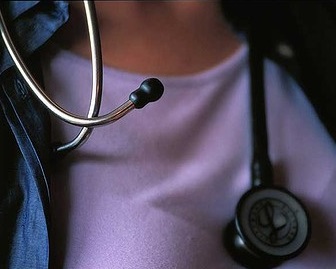 New research finds that men predominate in more than 85 per cent of COVID-19 decision-making bodies.

Gender parity in just 3.5 per cent in the membership of COVID-19 global and national decision-making and expert bodies for 193 UN Member States.

This kind of male dominance has become a “disturbingly accepted pattern of global health governance”, according to the study by Cambridge University.

The experts warn it could undermine the effectiveness of pandemic response and ultimately cost lives.

COVID-19 has taken the world by surprise, prompting many advisory groups and expert panels to be set up very quickly.

To find out how gender inclusive and representative these bodies are, the authors collected information through crowdsourcing, targeted searches of ‘grey literature’, such as unpublished research and policy statements, and outreach to national governments or World Health Organization (WHO) country offices.

Most of the information about membership, leadership, and areas of expertise was neither easily accessible nor publicly available, hampering efforts to obtain it and, “ultimately, the ability to hold countries accountable to previously made commitments,” note the authors.

Of all these groups, 81 per cent were headed up by men.

COVID-19 tends to be more severe and lethal among men, but women have been hit harder socially and economically, as a result of extended and unpaid caring responsibilities, heightened risk of domestic and sexual violence; and loss of access to maternal and reproductive health services during lockdown.

But countries with women at the helm have been associated with particularly effective COVID-19 responses, fewer cases, and lower death rates from the disease.

“Men dominating leadership positions in global health has long been the default mode of governing,” excluding those “who offer unique perspectives, expertise and lived realities,” the authors say.

“This not only reinforces inequitable power structures but undermines an effective COVID-19 response – ultimately costing lives.

“A ‘new default’ mode of diverse and intersectional governance is sorely needed to face future crises head-on and guide a healthy and equitable COVID-19 recovery,” the authors assert.

Second, quick action in emergency scenarios is repeatedly used as a justification to sidestep transparency and restrict communication in the name of health security, when nothing could be further from the truth.

“Closed-door governance” should be replaced by open and transparent communication and decision-making as the norm, the experts say.