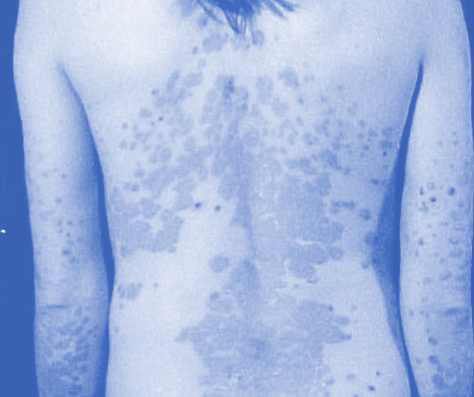 Researchers say psoriasis should not be considered just a skin disease, but rather a complex disorder of chronic inflammation.

Between 2.3 per cent and 6.6 per cent of the Australian population have psoriasis, and while the skin is the most visibly affected organ, there is increasing evidence to support the recognition of many associated disorders, including psoriatic arthritis, cardiovascular disease, obesity, insulin resistance, mental health disorders, certain types of malignancy, inflammatory bowel disease and other immune-related disorders, and hepatic and renal disease.

“Enhanced recognition of these comorbidities may lead to earlier diagnosis and potentially better overall health outcomes,” write the authors of a new study, led by Dr Tom Kovitwanichkanont, from the Skin Health Institute.

“Acknowledgement and understanding of the relationship between psoriasis and other diseases is important for optimal patient care.

“Primary care providers and general physicians are well placed to identify and manage these comorbid diseases. Although most patients with psoriasis are managed in primary care, the management of extracutaneous manifestations of psoriasis has yet to be fully explored in this context.”

Psoriatic arthritis: a form of inflammatory arthritis, with a prevalence between 6% and 41% in people with psoriasis; early treatment of psoriatic arthritis can significantly improve joint and quality of life outcomes and prevent permanent joint damage

Cardiovascular disease: psoriasis is an independent risk factor for myocardial infarction, stroke and peripheral vascular disease; cardiovascular disease is one of the leading causes of excess death in patients with severe, but not mild, psoriasis; it is likely related to the inflammatory mediators that are important in the pathogenesis of both psoriasis and atherosclerotic diseases

Obesity and insulin resistance: psoriasis is associated with several metabolic risk factors, including obesity, type 2 diabetes mellitus, hypertension and dyslipidaemia; weight loss interventions through low-energy diet (800–1000 kcal/day) and gastric bypass were shown to improve psoriasis outcomes; it is estimated that for every 10% increase in body surface area affected by psoriasis, there is a 20% additional increase in risk of diabetes development

Psychosocial impact and effect on quality of life: individuals with psoriasis have been found to have a significantly increased risk of depression and anxiety compared with non-affected individuals; psoriasis affects several factors that contribute to worsened quality of life, including fear of stigmatisation, impaired social life, higher rates of unemployment, and sexual dysfunction

Malignancy: people with psoriasis have been found to have a higher incidence of certain malignancies relative to age-matched controls without psoriasis, including lymphoproliferative disorder (strongest association occurring with cutaneous T-cell lymphoma and Hodgkin lymphoma), non-melanoma skin cancer and malignancies of the gastrointestinal tract, bladder, lung and head and neck

Hepatic disease: there appears to be an association between psoriasis and non-alcoholic fatty liver disease

Renal impairment: moderate to severe psoriasis was found to be an independent risk factor for chronic kidney disease; possible explanations include accelerated atherosclerotic injury to the kidneys from chronic inflammation in psoriasis and the greater incidence of glomerulonephritis in patients with psoriasis